Maybe I’ve just become highly sensitized to concerns over Millennials. As I wrote in my last post, I’m wrapping up a book project on freshmen entering Christian universities. To do that, I’ve had to get myself into the mindset of those born in the 1990s. So when people attack this generation, I take it personally in spite of my official Boomer status.

It’s so easy to pick on the millennial generation. We’re told that they’re narcissistic, only focused on what’s in it for them while recording their every move with their ever-present smart phones. Even attempts to challenge the narcissistic claim, like this one in Slate, begins with a joke about how millennials “took a break from Googling themselves”.

Unbelievably, Jeff Bethke (source of the “why I love Jesus and hate religion” YouTube sensation), took on millennials in the Washington Post, claiming somehow that millennial Christians are the “new fundamentalists” because they supposedly raise their own interests above scripture (whatever that means). Never mind that his definition of fundamentalism is flat wrong AND that he’s a millennial himself who found “fame” through video self-expression.

Then, of course, there are the never-ending Facebook posts written by my generation about today’s young. Here’s a standard example.

I could write another whole piece on the spanking part. Where the idea that spanking built character come from is beyond me. It’s just one of those tropes thrown out like the claims you can’t have Bibles in school.

I really am focused on the “trophies for participating” line. We could throw in Lake Wobegon’s “where all the children are above average” (although Garrison Keillor has been using that line for nearly 40 years, so it can’t be about millennials). What makes me crazy about the cartoon above is that is seems to absolve previous generations as well as the broader culture for the patterns put in place for millennial children.

Our kids were born in the cusp of the millennial transition (1981 and 1985). For whatever reason, they didn’t wind up in tons of organized activities in sports or dance or gymnastics. Probably has something to do with my lack of athletic prowess. But even if they had, I really don’t think they would draw deep meaning from a participation trophy.

Participation trophies aren’t for the kids. They’re for the parents. We’ve made the affirmation of children a measure of our success as parents. If they don’t get to play on the team and get affirmation, parents are hurt.

I have seen this play out over the past ten years with regard to the Helicopter Parents of college students. They call a faculty member or an administrator and want to run interference for their child. In doing so, they deny the child the opportunity to solve problems in complex settings like universities. Why do they do this? I think it’s because they think good parents do that. (I have lots of helicopter parent stories)

The broader culture doesn’t help. The rise in Reality Television (which bears a scary resemblance to “The Family” in Ray Bradbury’s Fahrenheit 451) feeds our narcissistic fascination. Who cares about Kardashians? Why do we watch Jersey Shore? What about almost any show featuring beauty pageants, cooking, models, or having lots of babies? All of them perpetuate a focus on individual entitlement, complete with the single-camera-shot interview where you explain what you were thinking at the time.

Millennials didn’t make reality shows popular. But they may use them as models for self-expression. If so, who did that?

Social media plays a part. We feel the need to share affirmation of what other people post. We don’t mildly agree, we “like”. And people then add LOVE, LOVE, LOVE to a post. It takes away our perspective.

The grandbaby will be here in a month, so I’ll have to eat these words before long. But not every picture posted on Facebook of the baby or the pet is the cutest thing ever. Not ever profile picture is gorgeous, hot, beautiful. Even my dog isn’t the most adorable dog ever.

Millennials, who are more tech savvy than earlier generations, have adopted these social norms. They have repeated patterns they’ve grown up with.

Millennials, however, are deeper than this. They are asking questions that deserve to be asked. They are not superficial and self-centered. They are exploring options for their place in the world.

Yesterday, I drove to the Epworth Forest Conference Center in Northern Indiana to sit in on an event called IdeaFarm. It’s a gathering of a small number of recent college grads, many from Christian universities. The participants had submitted proposals on an vision-related project they wanted to pursue. For four days, the leadership team is investing in them as individuals to help them turn their passions into action. 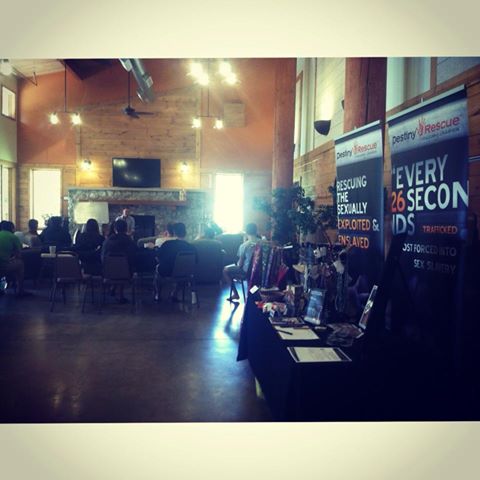 I got to participate in one of the small group discussion and talked to a number of the participants over lunch. Yes, these young people are tech savvy. Yes, are concerned about acceptance. But are they fundamentalists who think the world revolves around them? Absolutely not.

They see the world as complex and are trying to find their place in that world. They are decidedly NOT trying to accept the conventional, reality-tv version of life. They are looking for authenticity and impact.

I have a couple of hypotheses on what’s behind the millennial bashing. First, we are reacting (correctly) against the artificial version of reality present in the media. If those images represent today’s youth, we may say, then we’re all in trouble. Recognizing the falseness of the images portrayed can go a long way. Second, and more importantly, I think we bash millennials because older generations are unwilling to admit their complicity in the culture millennials inherited. We blame them so we won’t blame ourselves.

But if they are trying to change that culture, isn’t it the right thing to be on their side?

9 thoughts on “Stop the Millennial Bashing!”