This has been the summer of religious tensions. While issues within the American evangelical church and the broader society pale in comparison to what is happening in Iraq and the Middle East, the balance between perceptions of religious identity markers and shared cultural experiences has been hard to find. From closely held businesses with religious beliefs to colleges requesting exemptions from federal directives to appellate courts ruling voter approved marriage initiatives unconstitutional, it seems that we find ourselves in “all or nothing” battles. [Disclaimer: my employer was one of the colleges requesting exemptions.]

Commentators are fond of characterizing this period in the worst possible light, seeing a secular society punishing Christian organizations for their beliefs in honor of “political correctness”. As Alan Noble observed, such claims of persecution are hard to align with the facts. Furthermore, those who are on the other side of distinctions do so by caricaturing the position of the other side. The religious community presumes that government officials are anti-religious. Secularists characterize the religious as closed minded, backward, and homophobic.

Things are not that clear. It is less that the various parties are opposed to the other’s agenda and more that they are pursuing differing goods. James K. A. Smith wrote that there may be “cracks in the secular worldview”. I think he has a point. But there are also “cracks in the evangelical worldview”. In both cases, there needs to be a stance other than defensiveness and presumption of attack. Each party thinks they are in the right defending themselves against incursion. Colleges fear they will be forced to engage in certain practices. Secularists fear that religious groups will gain special rights to not be part of the common society.

The dynamics of a pluralistic post-Christian culture will require us to find a way to avoid such dichotomous approaches. Somehow, we have to find mechanisms for simultaneously celebrating religious identity while affirming human flourishing wherever it is found. These are not zero sum options. What we have are predictable tensions between particularized values (of, say, a college or wedding photographer or Campus Pride advocate) with generalized values (democracy, equal rights, due process, non-discrimination). 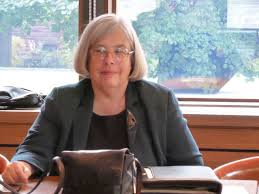 In thinking of these tensions, I remembered the first time I heard Theda Skocpol speak. It was in the late 1980s and there was a conference at Northwestern celebrating William Julius Wilson’s The Truly Disadvantaged. My wife had just read the book for a graduate class so I called the folks running the meeting to see if we could crash. Once we agreed to skip the banquet, we got to hear what turned out to be a invitation-only meeting of some really big names in the study of inequality. As part of that dialogue, Theda Skocpol, professor of government and sociology at Harvard, spoke on “targeting within universalism” (I”ll refer to it as TWU). She argued that one solid approach to social policy is to pursue economic stability for all but target particular populations where the situation was more dire. (It was fascinating to see the impact of Skocpol’s ideas play out in the policies of the Clinton Administration.) Here’s a description as the strategy was described by a Canadian health agency:

Targeting within universalism is an approach that blends aspects of universal and targeted interventions in order to close the gap between the most and least healthy, and reduce disparities along the socio-economic gradient. With this approach, public health can modify and orient interventions and services to meet the needs of the entire population while addressing the additional needs of population groups that experience marginalization.

I think we can utilize Skocpol’s TWU approach in thinking about how religious groups function within secular society. This approach posits the generalized values first and then sorts out the particularized values within that context. The two sets of values aren’t set in opposition but are more “nested” one within the other. Taking this approach requires us to drop the oppositional language about “the other” and to see ourselves as pursuing the common good. We establish the generalized/universal value and then make the particular/target adjustment within that.

Let me use a recent illustration. Back in early July, a group of evangelical leaders wrote President Obama requesting that his coming executive order on federal contractors include robust protections for religious groups. In short, there was no opposition to an executive order banning discrimination against LGBTQ employees, but the religious groups working as social service providers should be able to hire according to their faith convictions. (The President did not grant the exemption in the executive order).

One of the signatories was Gordon College president D. Michael Lindsey. To be fair, he wasn’t asking for an exemption for Gordon (in spite of piles of news coverage to the contrary). But his presence on the letter was taken to be a signal that Gordon intended to discriminate against homosexuals. While Gordon isn’t a federal contractor (even if its students receive federal aid), it was seen as violating commonly shared values. Concerns were raised that such a perception could hurt its students and employees (this expression by Jonathan Fitzgerald is particularly good). Others saw this as a natural right on an institution to protect its mission against an aggressive society (this post in The Federalist claiming that “since some powerful people don’t share those ideals they’re set to destroy Gordon College” is particularly egregious and wrong on some key points of fact).

Subsequent stories about Gordon document how the Salem courthouse will no longer rent to the College (because they have clear non-discrimination language in their charter). The regional accrediting body said it would examine Gordon’s case (but they do that anytime a school is in the news). The question remains: does Gordon reflect broader social values or is it seeking to prioritize particularized values over general ones?

If we followed TWU, a school like Gordon would begin by affirming that it is opposed to discrimination in any form. It must be very careful about statements made about the LGBTQ community and not demean it in any way. The first move is to affirm that in modern society we don’t cotton to any form of exclusion. Not on race, sex, sexual orientation, gender identification, national origin, or even religion.

It is after the universal value has been affirmed that we can talk about accommodation. Within a commitment to non-discrimination, how might a religious institution maintain its mission? One can argue that there is a particularized value in hiring Christian faculty, for example, without presuming that non-Christians are demonic. The particularized value would be stated in terms of the positive value necessary to accomplish certain goals (like creating a community that takes Christian faith seriously as a core piece of the educational process). The broader society should be open to such affirmation as a means of understanding how the school functions (which discounts all those who simply write silly comments about academic freedom).If the generalized value is being affirmed, then the particularized value can be affirmed. (And government agencies should guard against forcing the religious group into extreme positions to make their claim).

I think TWU could allow me to make a similar case to the LGBTQ community on how they could celebrate universalism and then couch their special position within that. It can also give guidance to how we resolve issues of rape culture on college campuses (“all women are safe” is the universal value).

Yesterday morning, while thinking about this post, I had breakfast with the president of Warner Pacific College (where I served from 1995 to 2006). What I heard from president Andrea Cook was exactly the TWU approach. It was an affirmation to love the community first and to pursue institutional uniqueness within that context. As she admitted, it’s hard and we don’t have good models for how to move forward. But it seemed exactly on the money as a strategy for evangelical cultural engagement. I came away more encouraged than I’ve been in months about how the evangelical church can move beyond the culture wars.